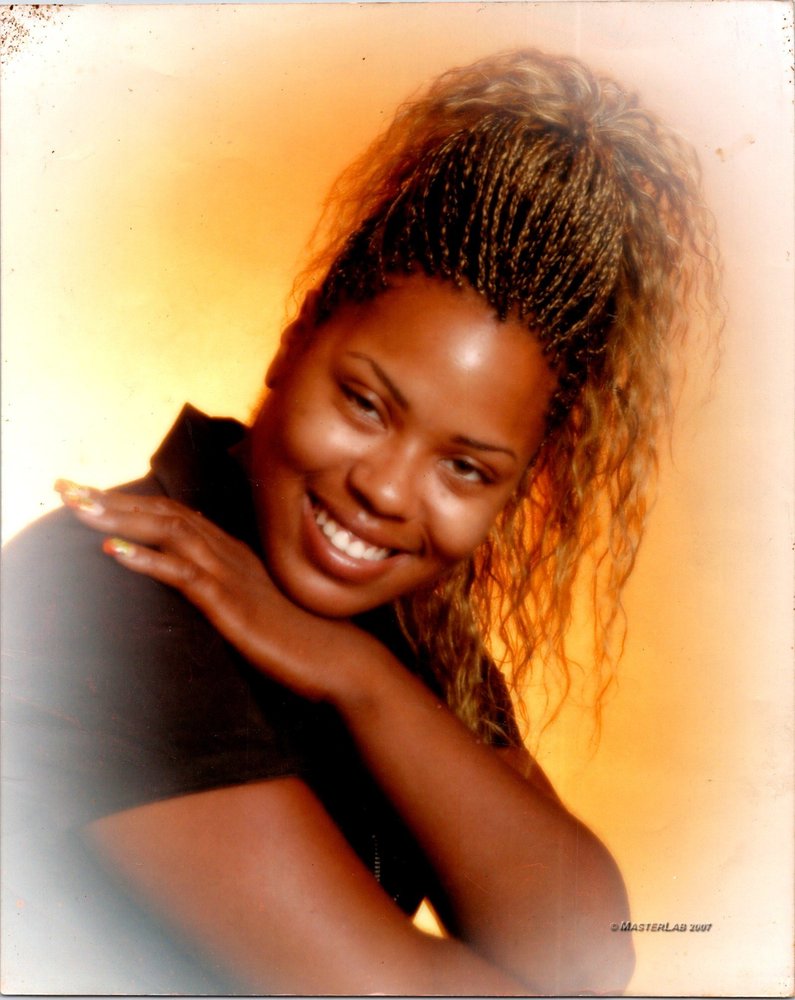 Mrs. JaCinta M. Rice was born November 10, 1984 in Indianapolis, Indiana to Deneen Wilson and Richard Lomax.  JaCinta was educated in the Indianapolis Public School Systems.  JaCinta accepted Christ at the age of thirteen.  She was a member of New Life Community Church of Truth under the leadership of Apostle Sylvia Toney.

August 13, 2010, she was united in matrimony to Jyeondia Rice.  They were friends since 4th grade.  JaCinta was owner operator of an 18 wheeler and drove throughout 48 states.  She would buy boots in every state.  JaCinta loved her family and friends.  Most of her friends are from grade school.  She had the kindest heart.  She would literally give you the coat off of her back if you needed one.

JaCinta departed this life October 2, 2019 at the age of 34.  She was preceded in death by her mom, Deneen Wilson and brother, Michael Lomax.

Share Your Memory of
Jacinta
Upload Your Memory View All Memories
Be the first to upload a memory!