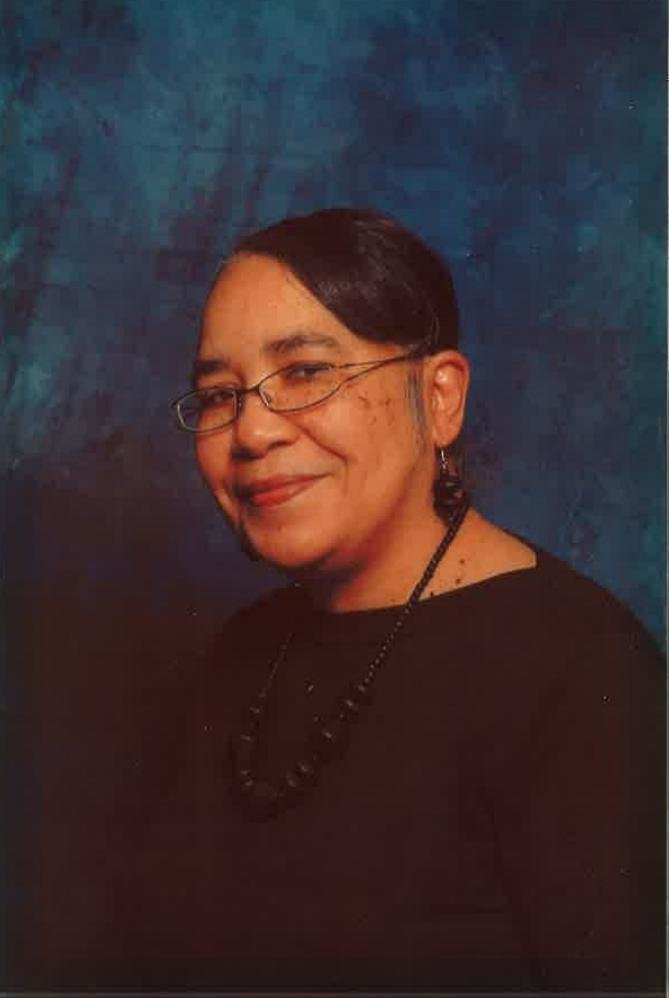 Rice, was born on February 19, 1952 in Indianapolis, Indiana.  She received her education

from the Indianapolis Public Schools, graduating from Crispus Attucks High School in 1970.

of the Holy Ghost.

PEGGY attended Bethesda Temple during her childhood years.  Along

with her father, mother and siblings she later became a member at Christ Temple Apostolic

Faith Assembly where she served as an usher and sang with the women’s choir.

PEGGY later followed the leading of Bishop Byron V. Johnson and moved her

PEGGY was an active member of the altar worker team, and she designed and created various

worship flags and banners for the church.

PEGGY was united in Holy Matrimony to Otis A. Scott and although this matrimony

Early in her career she worked for Zares, Airway (Target), and later began her

where she later retired in 2016 as a seamstress.

seamstress.  She had a very quiet disposition, yet she did not allow her shyness to stop her

from sharing her love and the love of God with her family, friends and co-workers.  She

prayed for and encouraged many, leaving no one without her special touch and care.  Her

smile lit up a room, and her laugh was infectious.  We will miss her and pray that our

memories of her will fill our hearts and minds forever.

David A. Rice Sr.  She leaves to cherish her loving memory her son; Anthony R. Scott,

Ryleigh N. Jones, Daniel I. Jones; a host of nieces and nephews, other relatives and friends.

A funeral service will be held on Saturday, October 12, 2019 beginning at 12 noon, with visitation there from 10 am until service time at New Wineskin Ministries, 4501 38th Street Indianapolis, Indiana, 46254.

Memorial contributions can be made to: https://www.gofundme.com/f/peggy039s-funeral-arrangements

Share Your Memory of
Margaret
Upload Your Memory View All Memories
Be the first to upload a memory!