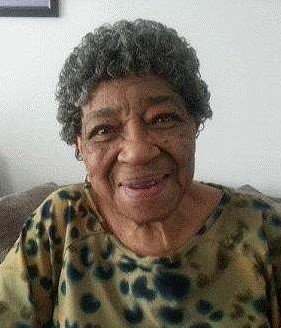 She was born in Beaumont, Texas to Whitney and Carmellia Lester on June 13, 1918.  She was the 2nd of 13 children (the first was her brother, Whitney).  The Lester family eventually moved to Oakland, California, but Eola chose her own path and moved to Chicago, where she met and married Curtis Howard in 1943.  She worked at Spiegel Catalog Company in the late 1950's, and then started taking business classes to become a secretary for the Chicago Public School system, where she retired from in 1995.  In 1998, she moved to Indianapolis, IN to live near her son, Vincent, along with her daughter, Patricia, and grandson, Curtis.  She then became a member of Calvary Temple, 2901 N. Post Rd., until 2010.

Eola had so many stories to tell about her life experiences. Some of her favorite stories was how her family survived during the Great Depression of the 1930s; Pearl Harbor starting WWII (and how the atomic bomb ended the war); John F. Kennedy election (which was her first time voting) and the shock of his assassination; man landing on the moon; the civil rights movement (she loved supporting Dr. ML King, Jr.), … and many more stories all the way to being a part of history of the election of the 1st black president.

But in spite of all of the history that she experienced, none was as important and talked about as the day she devoted her life to Jesus Christ. Every moment that she had, she took the opportunity to talk about how Christ saved, blessed, and kept His arms of protection around her, family, and loved ones. Eola was indeed a devoted Christian and she would share the gospel with everyone. Throughout her life she was a devoted church goer, bible reader, and prayer warrior.  She had so many favorite bible verses but one of her favorites that she would quote was, "Proverbs 3:5-6  "Trust in the Lord with all thine heart and lean not to thy own understanding. In all thy ways acknowledge Him, and He shall direct thy paths." She truly trusted God to lead her and keep her throughout her life and the Lord blessed her with a long life of 101 years.

Share Your Memory of
Eola
Upload Your Memory View All Memories
Be the first to upload a memory!