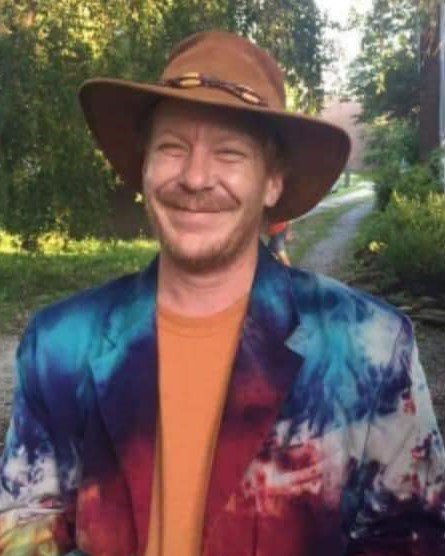 Jon was born on March 16, 1973 in Maryland to Robert D. Lucke and Wendy Fisher. He moved to Indiana as a young adult, where he became a chef. Jon was known for his unique outlook on life. He was an avid collector of Grateful Dead memorabilia. Jon enjoyed watching North Dakota Hawks hockey (Fighting Sioux) and Iowa college football. He also loved to camp, fish, play cribbage with his father, listen to Bluegrass, attend music festivals, and spend time with his grandchildren.

A funeral service will be held on Friday, August 30that Serenity Funeral and Cremation Services at 6202 Michigan Road in Indianapolis, Indiana 46268 at 6:00PM with the showing starting at 4:00PM. He would want us all to celebrate his life; please wear tie dye if you can.

“May the four winds blow you safely home.” -Grateful Dead

*In lieu of flowers, his family ask that you donate to their GoFundMe to help with funeral costs.

Share Your Memory of
Jon
Upload Your Memory View All Memories
Be the first to upload a memory!