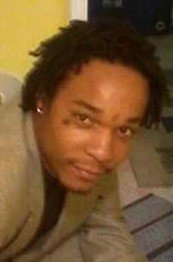 Dominic Alfonzo Smith, passed away on August 19, 2019 in Indianapolis, IN Dominic was born on July 23, 1989 to Frank Johnson and Teresa Amey, both whom survive.

Dominic known as Peanut and worked for Reds Masonry. He was a loving father, son and uncle. He loved entertaining his friends and family and for fun he would rap, dance and cracked a lot of jokes. At times, Dominic’s brother Frank thought he was a motivational speaker. He always loved to see his family and friends together that was important to him. He enjoyed spending time with his brother Frank. He   truly enjoyed their time together hanging out in the car listening to music and play fighting. He always played jokes on his younger brother Gareion by smacking him in the back of the head and always telling him “Little brother stay in school and be better than me”. To his sister T’miah he always said I love her, but can’t stand her. His sister Monique he always expressed how proud he was and always threw out the red carpet for her. Dominic and his grandmother were inseparable and he always made sure she was taken care of and was the only one he would share his secrets with. He enjoyed spending time with his father when they were able. They were like two-peas in a pod. He loved his mother Teresa dearly and always complimented her on how she raised them and the sacrifices she made for him. Dominic also deeply loved his cousins Mecca, Chocolate and Shawnique.  He leaves so many good memories behind and everything he did will not be forgotten. He left his mark and we love you first born Prince….  And in his voice, INDEED.

Share Your Memory of
Dominic
Upload Your Memory View All Memories
Be the first to upload a memory!