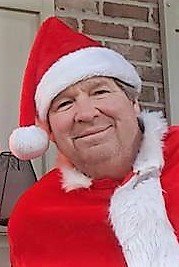 John Carter, husband, step-father, grandfather, and colleague, unexpectedly left this world on Wednesday, August 30, 2017.  John was born on June 18th, 1963 in Houston, Texas. John was involved in many different things, but was especially a huge contribution to the soccer community. He has touched the lives of countless players and coaches in his 30 plus years as a soccer coach. John eventually made his way to Indiana where he coached women’s soccer at DePauw for 24 years.  During his tenure at DePauw he earned four conference coach of the year honors.  He was currently serving as the Indiana Soccer Olympic Development Program (ODP) director, as well as deputy commissioner of the Indiana Soccer League (ISL).  John was known for being full of life and encouraging others to better themselves.  There are not enough lines on this page to express what John has done for so many.  John leaves behind his mother, Marian Carter; wife, Joy Carter; step-children, Anna Tull, Luke (Kirsta) Tull, Adam (Kelly) Tull; step-grandchildren, Ava Tull, Norah Tull; and too many friends and soccer players to count.  John’s father Rusty Carter and sister, Susan Carter, preceded him in death.
A celebration of John’s life is scheduled for Monday, September 4th, 2017 at the Grand Park Event Center, from 2-6pm.
In lieu of flowers, please see the following link for information about the John Carter Scholarship fund and assisting with expenses.
http://www.soccerindiana.org/date_time_and_location_for_john_carters_memorial_service/

Share Your Memory of
John
Upload Your Memory View All Memories
Be the first to upload a memory!
Share A Memory