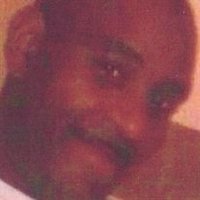 TONY LAMONT REED September 23, 1972 - November 9, 2015 Tony acknowledged Christ Jesus as his Lord and Savior at the age of 32 and was a member of the 25th Street Baptist Church, under Rev. Charles J. Ellis, Jr. Tony was preceded in life by his mother, Kay Frances Bryant Reed and by his grandmother, Anna Frances Kirby Bryant Moody. Tony attended Emmerich Manual High School in Indianapolis, IN and was a construction laborer that worked on many projects. He was gifted with his hands. In addition, he just liked helping people and giving of himself. Even after life, Tony was an organ donor to help others. Tony leaves to cherish his memories; two sons, Reuben James Salter and Tony Lamont Reed, Jr.; two daughters, Chelsea Marie Reed and Brooklyn Ciara Parnell. His brother Henry B. (Anna) Reed; two sisters, Kathy A. Reed and Brookie M. Reed; two nephews, Dexter and Dominque; and aunt Barbara J. Wells and a host of other relatives and friends.