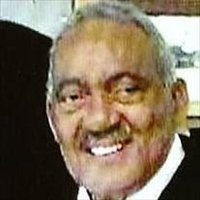 Ronald Charles Wiggins, 80, of Columbus, was born on Jan 1, 1935 in Indianapolis, IN to Herschel and Dorothy Davis Wiggins. He leaves behind to mourn his passing his sister, Rochelle V. (Charles) Wiggins-Morton; brother Kenneth (Pauline) Wiggins; first wife, Barbara Rouse Wiggins ia4 children were born, David, Darrell (Tammy), Phillip and Denise Wiggins and 4 grandchildren and 6 great-grandchildren. His second marriage to Gwendolyn Short Wiggins, Nioka (Neil) Wiggins Hall was born, and one granddaughter. Ronald professed a hope in Christ as a young man and joined a church in Columbus, IN and became a Deacon for many years. Ronald graduated from Crispus Attucks High School. He worked at Cummings in Columbus, IN. He served in the Indiana National Guard for 23 years before transferring to Texas where he also served in the National Guard. Ronald loved riding motorcycles and was badly injured in an accident, causing the loss of sight in one eye. He loved tinkering with gadgets. His first love was bowling and even though he was considered legally blind he excelled in bowling and many other bowlers were amazed when he won and made remarks like "I can't believe I was beat by a blind man". Ronald and his brother Kenneth in younger days formed a singing quartet, performing at dances. They even produced a recording. These are just some of the amazing things Ronald Wiggins did in his lifetime He will be missed forever.