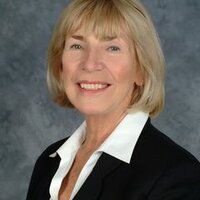 “ One person’s life touches so many others. When they are not there, it leaves an awfully big hole.” It’s A Wonderful Life Tina (Silow) Bivona , Red Bank, NJ, died on September 25, 2021, at Hoosier Village, Zionsville, I N. She was 79 years young : ) Tina was born Anna Tina Silow, November 23, 1941, at Riverview Hospital, Red Bank, N J, to Parents, Nina (Gresko) Silow and William Silow, of Keansburg, NJ. She is pred eceased by her Parents & her Brother, William Timothy Silow, San Francisco, CA. Also, her Aunt, Helen (Gresko) Michalowski & Husband, Boleslaw “Buddy” Michalowski, Red Bank, NJ & their Sons, William “Bobby” Michalowski & Ronald “Ronnie” Michalowski, both of Milford, NH. She leaves behind her Daughter, Lisa A. Bivona of Chapel Hill, NC; Daughter, Lauren B. O’Neil of Indianapolis, IN; Son- in - Law, Bert H. O’Neil of Zionsville, IN and Grandchildren, Nina & Evan O’Neil. Also, her Nephew, Nicholas Silow, Madrid, Spain & her Niece, Alexandra (Silow) Saphire, Husband, Jason Saphire and their Sons, Parker & Beau Saphire of San Diego, CA. And her best friend of over 60 years, Joan (Mills) Iler, Middletown, NJ. From the beginning, Tina loved Monmouth County and sustained a deep sense of place and rootedness to it as her home for the next 75 years. As a child visiting her grandparent’s farm in Middletown, NJ, to living, working and raising a family, she never tired of the beauty of its landscape, of exploring the nooks and crannies of its back roads and old towns, of meeting new people and contributing to the area and community she cherished. Tina attended Saint Ann ’ s Grammar School, Keansburg, and graduated from Middletown High School in 1959. She joined the Monmouth Player’s Theatre Group, Navesink in the early 1960’s, and there she met Michael P. Bivona of Rutherford N.J. They married at St. Nicholas Russian Orthodox Church, Red Bank, on June 2, 1963, and settled in Sea Bright, NJ. She had a natural ability with interior design, and with her own home to decorate, she discovered the joy of garage sales and flea markets for finding furniture and collectibles. She joined Holy Cross Catholic Church, Rumson, where she was a parishioner for over fifty years. While starting a family in Sea Bright, Tina and Mike opened the Blue Water Marina next to their home on Ocean Avenue. Tina learned to sail and added a passion for sailing and being out on the water as another way to enjoy the rivers and beautiful coastline of her home. Tina, Mike and their two daughters moved to Rumson in the mid - 1970s. Along the way, Tina enjoyed being a member of The Monmouth County Historical Society, Rumson Seniors and working on committees at The Monmouth Museum and Brookdale Community College. Also during this time, she enjoyed her Sea Bright friend group who named themselves, “The Farkles”. Tina and Mike opened restaurant/jazz club , The Blue Water Inn, Sea Bright, hosting jazz musicians/ singers of the caliber of Tal Farlow, Johnny Hartman in addition to many others..... In 1979, the family moved to 11 Caro Court, Red Bank. Tina was thrilled to come full circle to the town where she was born, on the banks of the Navesink River, and lived in her beloved, 1920’s Dutch Colonial for the next 40 years. She was the quintessential “hostess w/the mostess”, preparing delicious food for whomever entered her kitchen & throwing the most lavish dinner parties & cherished Fourth of July barbecues. She embraced the true art of entertaining. Tina earned her real estate license around this time, starting her career with Century 21, Fair Haven, and finishing over 30 years later, with Gloria Nilson, Rumson. Also, during this time, Tina took her energy and love of garage sales to a professional level, organizing and running estate sales and buying and selling antiques. She was a passionate collector, with an appreciation and keen eye for beauty & art. She particularly loved American Art Pottery, glass paper weights and paintings, especially by local artists. She loved to decorate for the holidays, with her Christmas display of dozens of Santa Claus figures both new and old becoming legendary. The collection has been donated to the Monmouth Museum, Lincroft, NJ. Tina had moved to Red Bank when the town was transitioning, she joked of its nick name being “Dead Bank”. When the town began a revitalization, she devoted her time & efforts to save, The Women’s Club of Red Bank, and the preservation and restoration of its century - old building on Broad Street. She also help start the Annual Red Bank Riverfest (Red Bank Jazz & Blues Festival) to bring the love of jazz to her community. Tina moved to Zionsville, IN in 2019 after being diagnosed w/Alzheimer’s in 2015. She was previously cared for in her Red Bank home by he r amazing & loving aide, Tina Deku. “What goes up a chimney? Smoke What comes down it? Santa Claus Your wish and my wish will never be broken.” In lieu of flowers, please consider making a donation to the following 501- C3, tax - exempt, non- profit which benefits people suffering from dementia & their care givers: Joy ’s House 2028 E. Broad Ripple Ave. Indianapolis, IN. 46220 www.joyhouse.org “Adult Day Service” A Celebration of Life will be scheduled on the Jersey Shore for the Spring ’22. Details to follow.