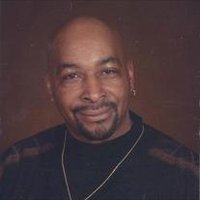 Sheridan Owens, Jr. was born to Mr. and Mrs. Shurden Owens, Sr. and Lillie Mae on February 10, 1951 in Indianapolis, Indiana. He graduated from Arsenal Technical High School in Indianapolis. He served in the Army during Vietnam War. Sheridan married Shannan Allison on June 14, 1986. He was an accomplished journeyman employed at Chance Bros. Marble and Tile and Tramain Marble and Tile Co. His work includes major projects throughout Indianapolis Circle and VA hospital. His daughters were particularly proud of his carpentry skills, as he remodeled Bridgette's home in Virginia and Kim's home in Indianapolis. Sheridan will be remembered by most as having a quick and witty response. Those close to him know him as a loving and giving man. Sheridan passed away on Tuesday, September 6, 2016, at home on hospice care. He was 65. He was preceded in death by his sister Diane Owens and parents, Mr. and Mrs. Shurden Owens, Sr. He leaves to cherish his wife , Shannan; brothers, Leroy (Susie), Gary (Amanda), Larry, and Michael; sister, Evelyn; daughters Bridgette (Isaiah), Kimberly, Megan; stepchildren, Katina and Christopher, Jr.; grandchildren, Kimberly, Isaiah IV, Daniel, David, Bridgette, Leah, Elisa, Malakai, Ricci, Mason, Christopher III, Larry, Kyrell, Taneika, Shatalya, and Kaycee; 5 great grandchildren; and a host of relatives and friends. You will be missed by family and friends.